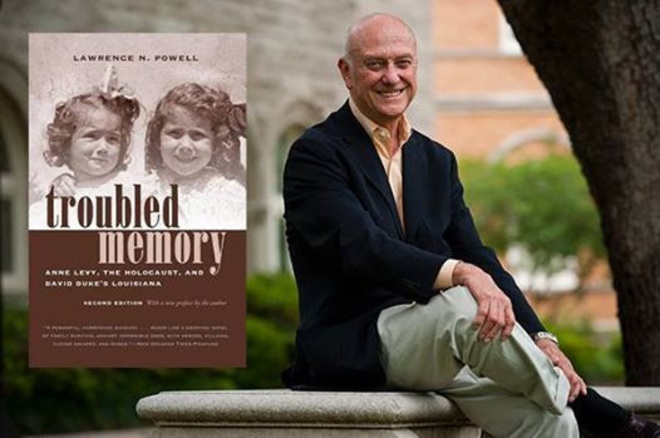 The FHM is pleased to present American Racism and the Holocaust, featuring Lawrence Powell.

Lawrence Powell traces the family's dramatic odyssey and explores the events that eventually triggered Anne Skorecki Levy's brave decision to honor the suffering of the past by confronting the recurring specter of racist hatred.

The first book to connect the prewar and wartime experiences of Jewish survivors to the lives they subsequently made for themselves in the United States, Troubled Memory: Anne Levy, the Holocaust, and David Duke's Louisiana is also a dramatic testament to how the experiences of survivors as new Americans spurred their willingness to bear witness. This powerful work tells the story of the Holocaust Survivor who transformed the horrors of her childhood into a passionate mission to defeat the political menace of reputed neo-Nazi and Ku Klux Klan leader David Duke.

Perhaps the only family to survive the liquidation of the Warsaw Ghetto as a group, the Skoreckis evaded deportation to Treblinka, by posing as Aryans and ultimately made their way to New Orleans, where they became part of a vibrant Jewish community. Breaking decades of silence, she played a direct role in the unmasking and defeat of Duke during his 1991 campaign for the governorship of Louisiana.

This program is free and open to the public. Seating is limited! RSVP is required.