A Black man who was led through Galveston, Texas, by police officers on horseback is suing the city for $1 million 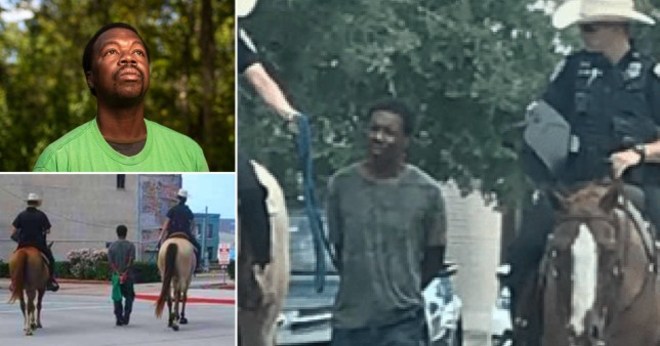 A Black man is suing Galveston, Texas, and its police department for more than $1 million after a 2019 incident in which he was handcuffed and tied to officers on horseback as they led him down a street.

Donald Neely, 44, was arrested and charged with criminal trespass near a US Post Office in August of last year. Court records show the case against him was dismissed in March.
His arrest received national attention after photos showed two mounted officers from the Galveston Police Department leading Neely through the city by what appeared to be a rope. Police said at the time that the officer was holding a "line" clipped to Neely's handcuffs, not a rope -- though it's unclear what the difference is.
Visit www.cnn.com to read more.
Share
Tweet