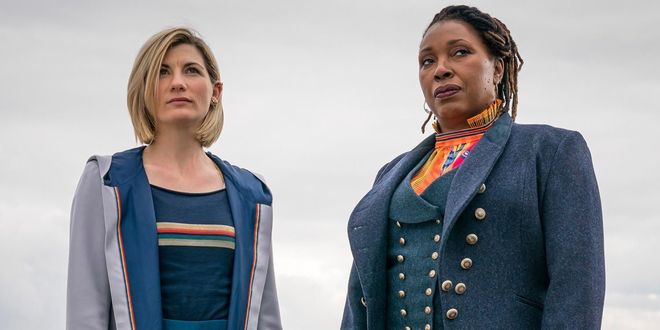 And fans quickly took to social media to celebrate the moment.

Sunday night’s “Fugitive of the Judoon” episode involved the Judoon ― a band of rhino-like mercenary cops from space ― chasing down a fugitive on Earth.

The current Doctor, portrayed by Jodie Whittaker (the first female incarnation of the character) steps in to protect their target, a tour guide named Ruth Clayton.

However, Ruth isn’t a tour guide at all.

The Doctor can regenerate when mortally wounded, giving the character a new face and new life, via a new actor. Whittaker officially became the 13th after taking over from Peter Capaldi at the end of 2017.