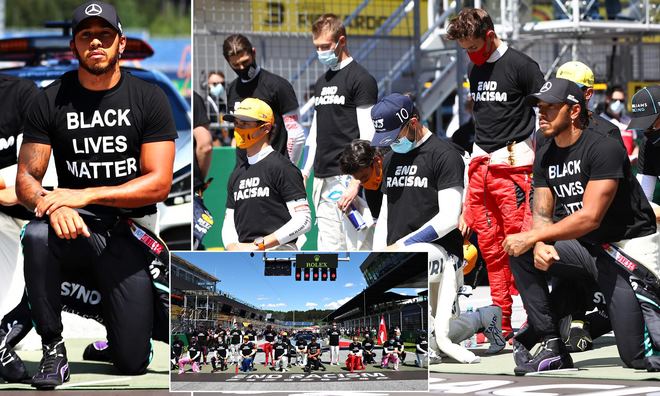 The Formula One grid was divided ahead of the sport's return as several drivers, including Charles Leclerc and Max Verstappen, chose not to kneel in support of the Black Lives Matter movement.

All 20 drivers congregated on the start line before the Austrian Grand Prix, the first race of the season following the three-month delay due to the coronavirus pandemic.
Lewis Hamilton, who has been using his sizable platform to speak out against racial and social injustice, knelt on the front line wearing a Black Lives Matter T-shirt, while the rest of the drivers had "End Racism" written on theirs.
Before the race, Ferrari driver Leclerc posted a series of tweets explaining why he had chosen not to kneel alongside his peers.
"All 20 drivers stand united with their teams against racism and prejudice, at the same time embracing the principles of diversity, equality and inclusion, supporting Formula 1's and FIA's commitment," he wrote.
Visit www.cnn.com to read more.
Share
Tweet