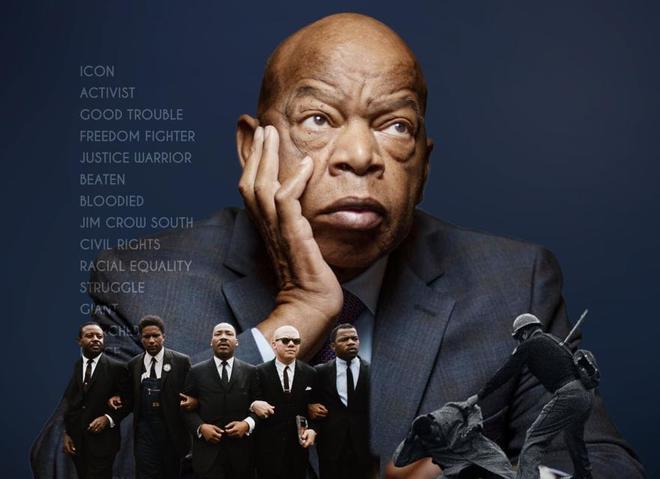 The legislator, freedom fighter and justice warrior, who was famously beaten, bloodied and arrested in Selma, Alabama — and in other cities across the Jim Crow South — during the struggle for civil rights and racial equality, was 80.

His death came just hours after another the passing of another civil rights icon, Rev. C.T. Vivian, who was 95.

National Newspaper Publishers Association (NNPA) President and CEO, and comrade in arms with both Rev. Vivian and Lewis, expressed the devastation he and the world feel at the loss of the two revered giants.

Chavis, like Vivian and Lewis, worked with and was a disciple of Dr. Martin Luther King, Jr. He said the world would miss Lewis’s “good trouble,” quoting Lewis’s famous call to arms. “The Honorable John Lewis was a longtime master freedom fighter who set the eternal example of how and why we all should fight for the freedom and equality of all humanity,” Chavis remarked.

“May Lewis now have his rest in peace. As for those of us who worked with him and [those] who marched with him, we must keep fighting for freedom and equality with renewed vigor, courage and energy. Black Lives Matter.”