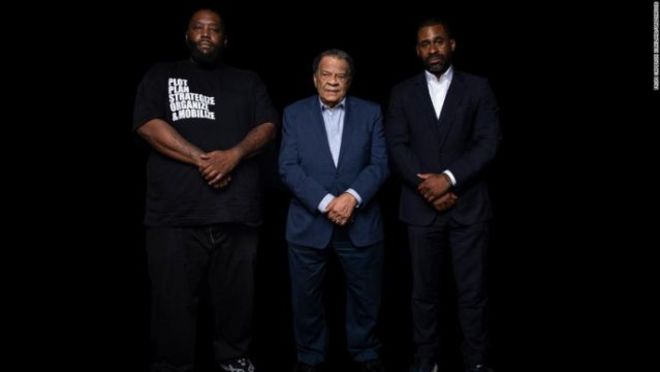 A new majority Black and Latinx-owned and operated digital bank hopes to make supporting Black-owned banks and businesses a little easier for consumers.

Greenwood was created by Bounce TV founder Ryan Glover and his close friend, rapper-activist Michael "Killer Mike" Render. The leadership team at Greenwood, which includes former Atlanta Mayor Andrew Young, unveiled their new platform on Thursday after raising more than $3 million in seed funding in June.
Glover has been working on Greenwood since early 2019, but he said interest in the venture spiked after the police killing of George Floyd in Minneapolis sparked a nationwide reckoning with racism that has inspired many Americans -- including many in the corporate world -- to support Black-owned businesses and financial institutions.