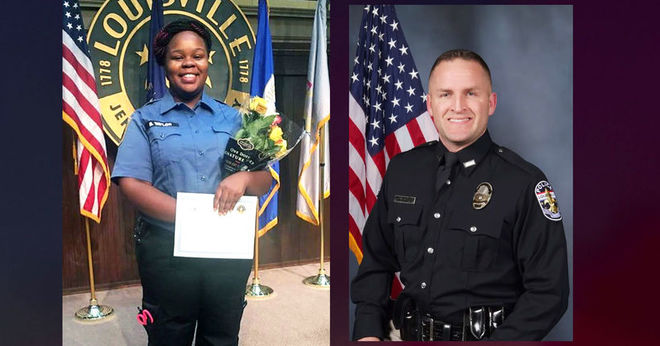 The mayor of Louisville, Kentucky announced Friday that Officer Brett Hankison is being fired from the Louisville police department over his involvement in Breonna Taylor’s shooting death.

Mayor Greg Fischer said that Chief Rob Schroeder began the process to fire Hankison, one of three officers that shot at Taylor in March after a ‘no-knock’ warrant was executed at her apartment. Hankison, Sgt. Jonathan Mattingly and Officer Myles Cosgrove were placed on paid administrative leave as Louisville Police Department investigates Taylor’s death.

“Unfortunately, due to a provision in state law that I would very much like to see changed, both the chief and I are precluded from talking about what brought us to this moment or even the timing of this decision,” Fischer said.

Hankinson’s termination letter stated that his firing was a direct result of the actions he took on the night Taylor died. He violated obedience to rules and regulations and the use of deadly force by “blindly” shooting at her.

“I find your conduct a shock to the conscience,” Schroeder wrote in a Friday letter to Hankison laying out the charges against him. “I am alarmed and stunned you used deadly force in this fashion.”