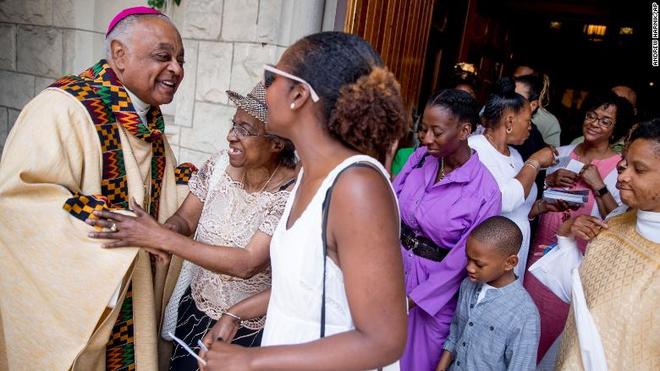 On Sunday, speaking following his Angelus prayer from St. Peter's Square in Vatican City, Pope Francis tapped Gregory to become America's first Black cardinal.
Archbishop Gregory is one of 13 to be elevated to the rank at a surprise consistory, or ceremony.
The leader is known for guiding the Catholic Church through its clergy sexual abuse crisis in the early 2000s.
Since 2005, he had led the Archdiocese of Atlanta, before being appointed Archbishop of Washington, DC in 2019.
The veteran leader was replacing Cardinal Donald Wuerl, who resigned in October 2018, bowing to public anger over his role in the sexual abuse crisis.
Visit www.cnn.com to read more.
Share
Tweet