April 25, 2019
Two Florida sheriff’s deputies who pepper-sprayed and punched a 15-year-old black student in the head during a violent arrest were beginning a paid suspension on Wednesday, amid growing calls for the officers to be fired.
Cellphone video of the incident, which has been widely shared on social media, also captured the two white officers body slamming the boy, Delucca Rolle... Read more

Florida’s Hispanic vote nearly doubled in 2018. What will it do next year?

April 27, 2019
Florida’s Hispanic electorate grew by 81 percent between the 2014 and 2018 midterm elections, and Hispanics who registered to vote as independents grew by 101 percent, meaning...To continue reading, subscribe to The Tampa Bay Times.
Visit www.tampabay.com to read the full article. ... Read more

April 29, 2019
Frankly, the shock is not so much that two Virginia police officers from separate jurisdictions were caught tied to two distinct, respective white supremacist groups, but that they were fired after said affiliations became known.
For years, there has been evidence that law enforcement has been targeted and infiltrated by white supremacist organizations; something that should re... Read more 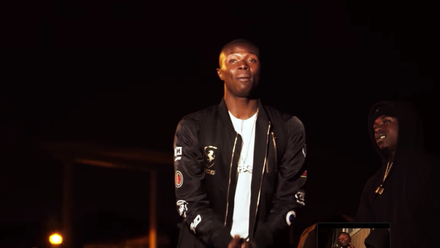 Vallejo Police have released footage of the killing of 20-year-old Willie McCoy, who was in his car at a Taco Bell before six officers shot into his vehicle.
The body cam footage supports claims made by McCoy’s family who said their loved one, who rapped as Willie Bo with group FBG, was not alert when shot.
The footage can be seen below. The shooting begins 19:58 into the video.
Vallejo Po... Read more

An employee of United Airlines accused of using a racial slur toward a black customer is facing a misdemeanor charge of disorderly conduct.

Houston police issued Carmella Davano a citation for disorderly conduct on Feb. 26, after United customer Cacilie Hughes alleged that the airline agent had called her a monkey ― a historically racist term when directed towa... Read more

The brothers accused of attacking actor Jussie Smollett, only to be cleared when prosecutors announced Smollett had orchestrated a hoax to advance his career, are suing his legal team for defamation, attorneys said Tuesday.

The federal lawsuit alleges defamation and false light by attorney Tina Glandian for saying, among other things, that brothers Olabinjo and Abimbola Osundai... Read more

April 29, 2019
Shaunese Alexander, a wife and mother of 4, is also the founder of a new blog called ShesMakingMoves.com. She created the blog for mothers who have a desire to create additional income through a business/side hustle or want to accomplish a major life goal.
Shaunese has worked as a homemaker, professional marketing consultant, and business owner. Although she has enjoyed her a... Read more

Corey Ballentine went from the highest of highs to the lowest of lows over the weekend.

Despite playing football at a low-profile Division II school, Ballentine was drafted by the NFL's New York Giants on Saturday night, the culmination of years of hard work on and off the field.
"I've been waiting on this opportunity for a lifetime really," he told Giants coach Pat Shurmur after... Read more

May 1, 2019
Five people have died and aid workers have reported scenes of destruction in the wake of Cyclone Kenneth, the second tropical cyclone to lay waste to swathes of Mozambique in five weeks.
Rescuers have moved in to help people trapped by rapidly rising flood water in the northern city of Pemba, home to 200,000 people, a United Nations spokesman said, as Kenneth dumped more rain on the r... Read more